Our Journey to Bethlehem - Day 13 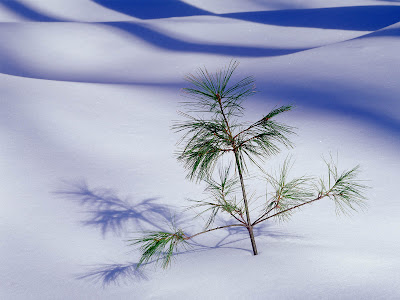 By this time the Roman government had named Herod, a non-Jew, king of the Jews. He was busy rebuilding the temple in Jerusalem, not in anticipation of worhsipping the one true God there, but as a manipulation tactic to increase the Jews' loyalty to him, a scheme that never really panned out.

And serving in this temple built by Herod was a devout priest named Zacharias, which means "God remembers." He was married to a woman who had remained barren into her advanced years and her name was Elizabeth, which means "God's Oath." I tell you the meanings behind their names simply because I think it is interesting and perhaps even significant that when you put the two together you get, "God remembers His oath." And indeed He did.

One very special day as Zacharias was performing his priestly duty in the temple, God spoke. To him. And Zacharias about had a heart attack. No the scriptures don't literally say that, but that's exactly how I interpret "and fear gripped him."

Isn't that interesting that Zacharias was serving God, probably burning incense and offering up the prayers of his people, but when God spoke back, it scared him to death? But I can't fault Zacharias too much. I've been more than a little shaken when God has spoken back or responded to my prayers as well. "You want me to do what?" "You want me to move where?" "You fixed it?" "Oh my!"

What did God say to Zacharias? That his wife Elizabeth would bear him a boy child, finally! Zacharias was to name him John. And John would be filled with the Holy Spirit even before he was born. He would have a special assignment.

John, later to be known as John the Baptist or John the Baptizer, would prepare the way for the Messiah by turning people back to the Lord. In other words, he would wake the people up a little. They, just like Zacharias, had probably grown so accustomed to God not speaking that they would undoubtedly be startled when He started speaking again, much more so when He actually showed up on the scene. John was to get the people ready for the Messiah because they had been lulled into a spiritual slumber.

And on our journey to that stable in Bethlehem, that is where we will pause today. We'll stop and ask ourselves if we have also fallen asleep spiritually. Have we been lulled into spiritual slumber or complacency? Are we startled when God speaks or acts? Do we brush off the whisperings of the Holy Spirit because, like Zacharias we can't believe He's talking to us? Are we struck dumb when He gives us a special message or ministry because we just can't wrap our feeble minds around it? Do we read the ancient words of the Bible with sleepy familiarity instead of reading them with eager anticipation?

We need to wake up!

Hear the words of John the Baptist:

For He whom God has sent speaks the words of God; for He gives the spirit without measure. (John 3:34)

He who believes in the Son has eternal life; but he who does not obey the Son shall not see life, but the wrath of God abides on him. (John 3:36)

In other words, this is Him! This is the Messiah! Don't miss Him. He is the One who takes away your sin. And He is the one who speaks the words of God directly. Pay attention to what He says and you will be saved! Remain in your state of spiritual slumber and you'll miss your opportunity!

As we approach Christmas day and as we continue our figurative journey to Bethlehem, let's make sure we're ready to hear from God and respond to Him. God began speaking again after a 400 year silence and He hasn't stopped since. He continues to speak to us through His abiding, indwelling Holy Spirit and through His Word. Are you listening? More importantly, are you anticipating His voice and obeying what you hear?