Our Journey to Bethlehem - Day 9 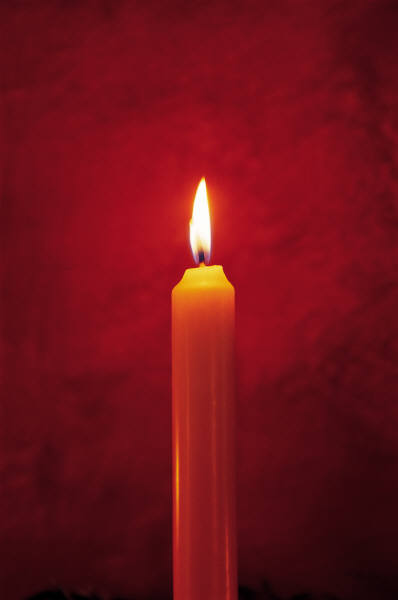 Today we'll pick up the pace and move on into the Promised Land, where the Israelites have settled in among the neighboring nations despite God's warning to completely drive out the inhabitants of the land. Oh they drove out a few, but then I suppose they grew weary of the work and settled in among the rest. Sounds a lot like how we handle our own enemies of God. You know how it goes. We won't watch this show on television, but it's just too much work to keep such diligence over what enters our minds so we might watch that one occasionally. Or we don't usually gossip, but occasionally, when you have an especially juicy morsel to share, you might chew on it for a while with a friend. No big deal. That's what the Israelites thought too.

But there was a real danger in "settling". Some of the good Jewish boys noticed a few of their neighboring gals and before they knew it wedding bells were ringing. And a few of the Jewish farmers realized the neighboring merchants had good prices on their plows and business relationships were begun. No harm, right? Wrong. Step 3, the good Jewish folk started going to the Canaanite and Midianite and every-other-ite homes for dinner and coffee. They started talking politics and religion, as is our tendency. Before long, there were conversations like this going on:

Wife: I noticed Mr. and Mrs. Bedite don't worship our God. They have several gods. And if they pay homage to their gods, they do special things for them. They bless their crops or give them more boy children.

Wife: Our God doesn't do us any special favors if we plead with Him. And He makes us obey all these silly rules.

Husband: Hmmm. You have a point there.

Wife: Maybe we should keep worshiping our God, but we should also get one of those little statues I saw at the Bedites and pay homage to it too. You know we could really use a few more boy children to help you out with the work around our farm.

Husband: Hmmm. Maybe we should.


"and they forsook the Lord, the God of their fathers, who had brought them out of the land of Egypt, and followed other gods from among the gods of the peoples who were around them, and bowed themselves down to them; thus they provoked the Lord to anger."

And so, as we walk through the land the Israelites shared with the Canaanites, we have to ask ourselves, "Do I have any idols? Have I forsaken my God for the gods of the people around me?"

If we just look around our houses for little statues that we bow down to, we could probably all say, "no, no idols here." But the Bible doesn't define an idol as just a wooden or stone statue. An idol is anything we "make into" a god, anything we fashion, not only with our hands, but also with our minds, our imaginations, and then give it our allegiance and devotion. It's anything we put our hope in.

So, I ask again, do we have any idols? I personally think most of us struggle with idol worship, even though we have certainly become more sophisticated in our approach. We don't bow down to stone statues or dance around asherah poles. But we might bow down to ungodly policies and demands in order to keep our jobs. And we might dance around our culture in order to appear current and sophisticated. We decide what really matters in life and we'll bend over backwards, jump through hoops, lay down our convictions, and pay any price to get what we think will somehow satisfy.

But there's another type of idol worship that Christians are even more susceptible to. That is the worship of a god of our own imagination rather than the true God. You know that god. For instance, some of us worship a god who is basically a jolly Santa Claus, obliged to give us whatever we ask for as long as we've been good. And then some of us acknowledge a laisez-faire god who created the world but really has no interest in it now, thus no authority either. Fortunately you don't really even have to worship that god. He's not worthy and we're actually smarter than him. There are many other gods that people worship today that have just a smidgen of the Bible's God, but in the end they're weak, dumb, easily manipulated, powerless, non-authoritarian, and gullible.

No big deal, right? After all, we're just human beings doing the best we can. Beware, the Bible says in Jonah 2:8, "Those who bow down to idols forfeit the grace that could be theirs." God will not pour out His blessings on those who are looking for blessings elsewhere, even if they're looking to a god who resembles Him a little bit.

And so, as we walk through the land God had promised His people and notice the altars to false gods, we wonder what we are to do about this idol worship that even we have bought into. The answer lies in the manger in Bethlehem.

You see I believe we often create and worship idols because we don't really know our God. If we knew Him, how wonderful, how loving, how sufficient, how powerful He is, we would not bother with silly gods of our own imagination. And that is one of the reasons Jesus came to this earth in the flesh.

John 1:18 says that while no man has seen the one true God, Jesus, the begotten Son of the Father, has come to "explain" Him. He lived among us so we could see God's nature, hear His words, experience His compassion, watch His power at work, and understand His plan.

As we approach Bethlehem where God incarnate, God in the flesh, came into the world, let's honestly ask ourselves how well we know Him. If we're lacking in our understanding of who God is, let's commit to getting to know Him better. We may need to read through the gospel accounts of Jesus' walk here on earth. We may need to meditate on His words. We may need to spend more time with Him. But let's do whatever it takes to get to know our God. He's so much greater than any god of our imaginations, and so worthy of our worship.